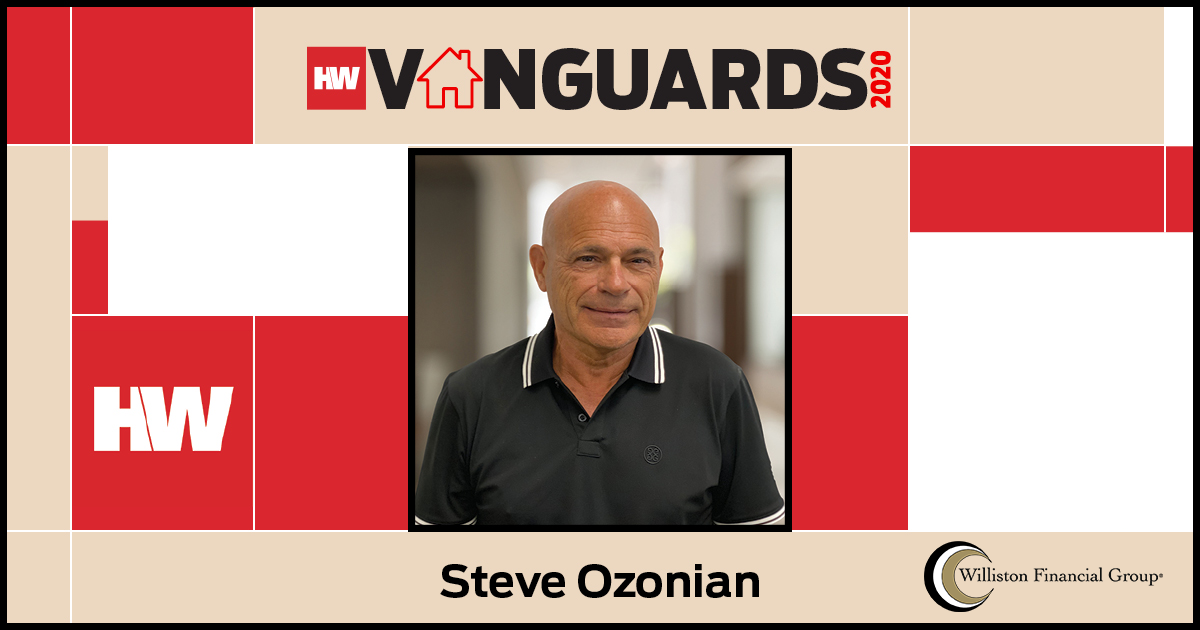 On October 1, HousingWire announced that Williston Financial Group CEO Steve Ozonian had won the 2020 HW Vanguard Award. Steve was one of 50 top executives chosen from a field “more competitive than ever before. … The competition was fierce.”

The winning executives all have a unique story of how they “made it to the top, and now dominate the housing industry,” writes Editor Kelsey Ramírez.

Steve’s story with Williston Financial Group begins when he became a member of the board, prior to his becoming CEO in 2015. He brought a bounty of leadership experience gained in top positions at realtor.com, Chicago Title & Trust, LendingTree and Bank of America, as well as Chairman and CEO of Prudential Real Estate and Relocation Services.

According to the HousingWire profile, “The team Ozonian has created is consistently on the cutting edge of technology and ranks ‘World Class’ for service, with an average company-wide NPS score of more than 70 through June of this year. These impressive benchmarks have created a crucial differentiator during the COVID-19 pandemic, as businesses were forced to pivot virtually overnight to a remote-working environment.”

Among Steve’s recent accomplishments that HW cites as deserving recognition, are how his preparedness plans and technology-enhanced operation allowed WFG “to move efficiently into a new normal when the pandemic struck, without interrupting WFG’s levels of service.

“In fact,” it continues, “the company experienced record order volumes during this time, with orders doubling compared to the year prior during the months of May, June and July.”

Another achievement this year included in the citation is how Steve and his team launched three significant new technology offerings through WEST, the company’s technology subsidiary, including DecisionPoint and WESTprotect.