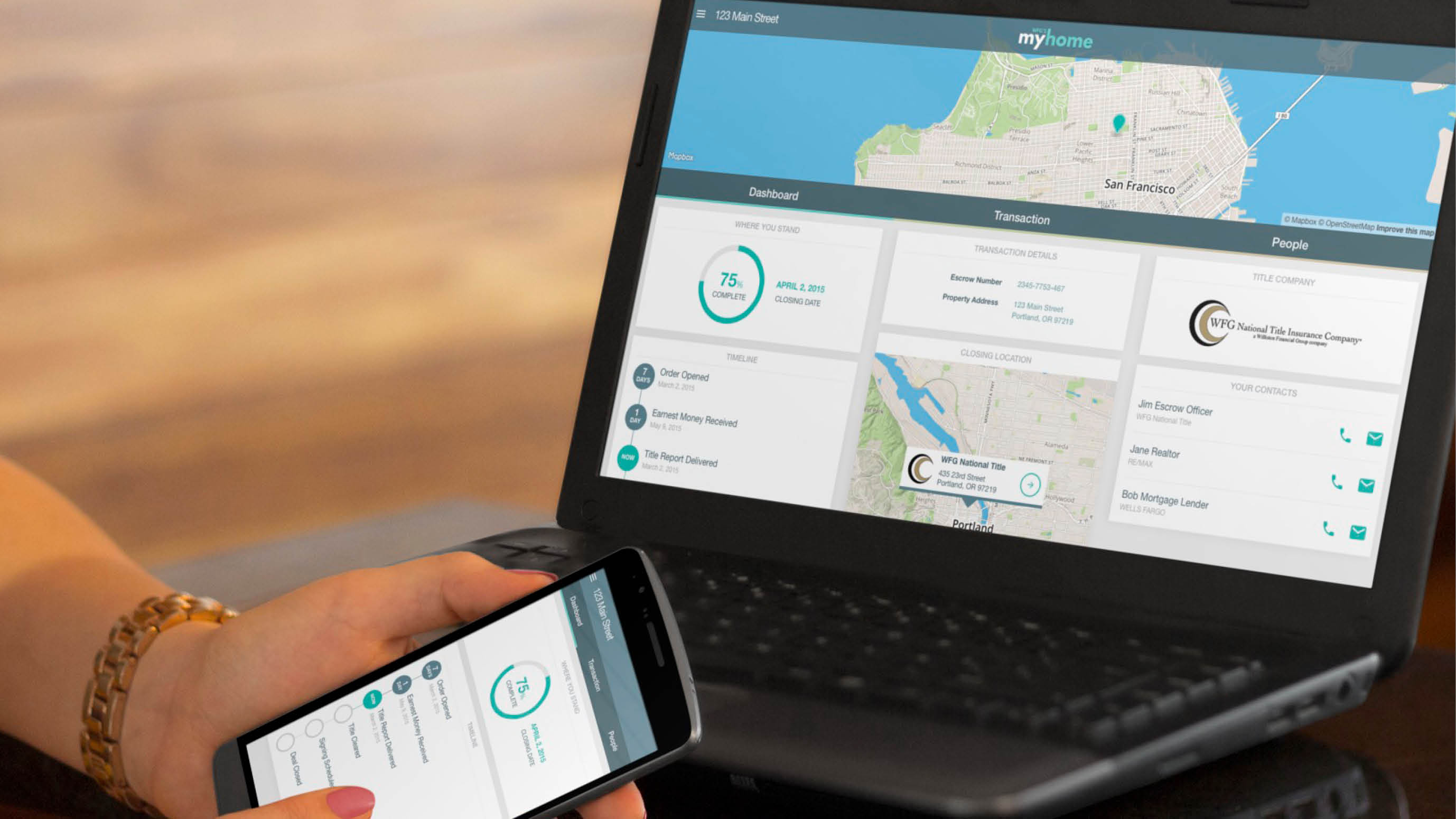 WFG National Title Insurance Company (“WFG”), a Williston Financial Group company, has successfully deployed a series of online transactional dashboards to keep consumers, Realtors and mortgage lenders updated in real time as to the status of the real estate transaction during the settlement process. The dashboards are known as myHome and have been deployed nationally with more scheduled for roll out shortly.

According to WFG’s President and COO, Steve Ozonian, the myHome dashboards have already resulted in a dramatic reduction in call volume where they have been deployed. “Realtors, lenders and borrowers are already seeing a real savings in time and cost with myHome, not to mention a vastly improved experience,” he said. “All involved parties are able to see where the process is the instant it changes, and to anticipate relevant dates—thereby alleviating one of the periods of highest anxiety in the course of the home buying process.”

The myHome dashboards are mobile friendly as well as customizable to user preference. Notifications can be generated to the consumer’s or Realtor’s preferences (SMS text; e-mail etc.). The User Interface is “gamified,” in that it is dominated by images rather than text (e.g. timeline and completion percentage charts/icons). myHome is also integrated with multiple programs designed to assist the borrower in the moving and home ownership process, including a home value tracking program (Keep) and a portal for numerous ancillary home/moving services (Updater). myHome also includes resources designed to explain and clarify the settlement process itself.

“The myHome dashboards are the culmination of WFG’s continued efforts to lead the industry through the use of technology and improve the experience for all participants,” said Patrick Stone, Chairman and CEO of WFG. “myHome is already effectively addressing three of the major points of friction facing every consumer purchasing a home. Status alone is a massive headwind for Realtors and consumers alike—the period between underwriting approval or sales agreement and the actual close tends to be incredibly confusing and fraught with anxiety, resulting in numerous unproductive calls, texts and e-mails with little real information available. By partnering with Keep and Updater, myHome also attacks consumer anxiety as to the move itself, as well as regarding the asset’s value long after closing.”

Stone notes that, although other service providers in the industry have made rudimentary attempts at consumer and Realtor status dashboards, only myHome is customizable, mobile-friendly and comprehensive. “The feedback we’ve received from Realtors and loan officers has been outstanding,” he noted. “Unlike a lot of the first-generation status tracking programs, myHome covers the entire settlement process, educating the borrower while tackling some of the service functions in support of the Realtor,” he said. “We have, in essence, deployed the prototype for the next-generation of customer service in the real estate transaction.”