Patrick Stone on Fintech Hunting Podcast: How Tech helps the Mortgage Industry through the Pandemic and Beyond 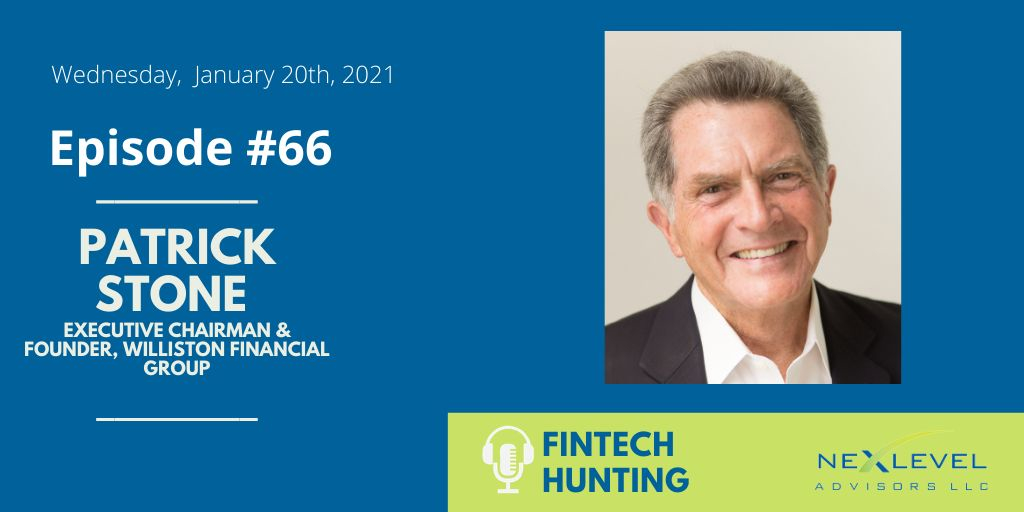 Advanced adoption of integrated technologies helped the mortgage industry meet increased consumer demand during the first year of the pandemic, according to Williston Financial Group Executive Chairman and Founder Patrick F. Stone. Now the industry must use it to become even more efficient.

Stone made his comments on Michael Hammond‘s popular Fintech Hunting podcast. In the episode posted January 20, 2021, he explained how technology had enabled WFG to quickly shift about 70 percent of its 1,600 employees to work from home. Now, nearly a year later with most still working from home, they continue to meet the increased demand brought on by lower interest rates and higher interest in homeownership.

“I think the pandemic has caused people to reassess homeownership as a priority,” he said. “Suddenly they realize that having a home is key to maintaining family continuity, safety and health.”

Now there’s even greater pressure on the industry to use innovation to address a process that remains too long, Stone said.

“It’s way too long for the average consumer,” he continued. “That buyer, seller or borrower is sitting there for 40 to 50, sometimes 60 days, not knowing what’s going on. They come away saying it is inefficient, and cumbersome. We have to work on it.”

One solution Stone knows well was introduced by his company during the pandemic.

“As a company, WFG has put a lot of time, effort and resource into our MyHome products, which are focused on creating integration between the players in the industry,” he said. “You have less phone calls [and] less wonderment about where you are in the process. People are not in the dark and can exchange information through integrations as opposed to having to replicate and re-key data constantly, which has been one of the downfalls of our industry for quite a while.

“I think this pandemic has created more of a focus on technology,” he concluded. “And candidly I think that’s going to benefit all of us.”